The Challenge of the Cults and New Religions

Cults and New Religions Aren’t Hard to FindThey’re in your neighborhood . . . your workplace . . . your school . . . maybe even your family.Cults are flourishing across America. Chances are, you’ve encountered one, perhaps even know someone who is involved in a cult. Can you discuss knowledgably the critical differences between Christianity and the teachings of Mormonism, Jehovah’s Witnesses, Scientology, the New Age movement, Hindu-based cults, and other prominent groups and religious movements? In this essential resource, preeminent cult authority Ron Rhodes explains what cults are, why they are cause for concern, and why in the 21st century, as never before, their numbers and memberships are exploding nationally and worldwide. Drawing on his extensive experience as a cult researcher, Rhodes offers to-the-point, cutting-edge information on twelve major cults and new religions: Mormonism, Jehovah’s Witnesses,Mind Sciences, New Age Movement, Church of Scientology, Hindu-based Cults, Unification Church, Baha’i Faith, Unitarian Universalism, Oneness Pentecostalism, Masonic Lodge, Satanism. Learning the distinctives of these groups will equip you to deal with any of the thousands of other less significant cults you may encounter. 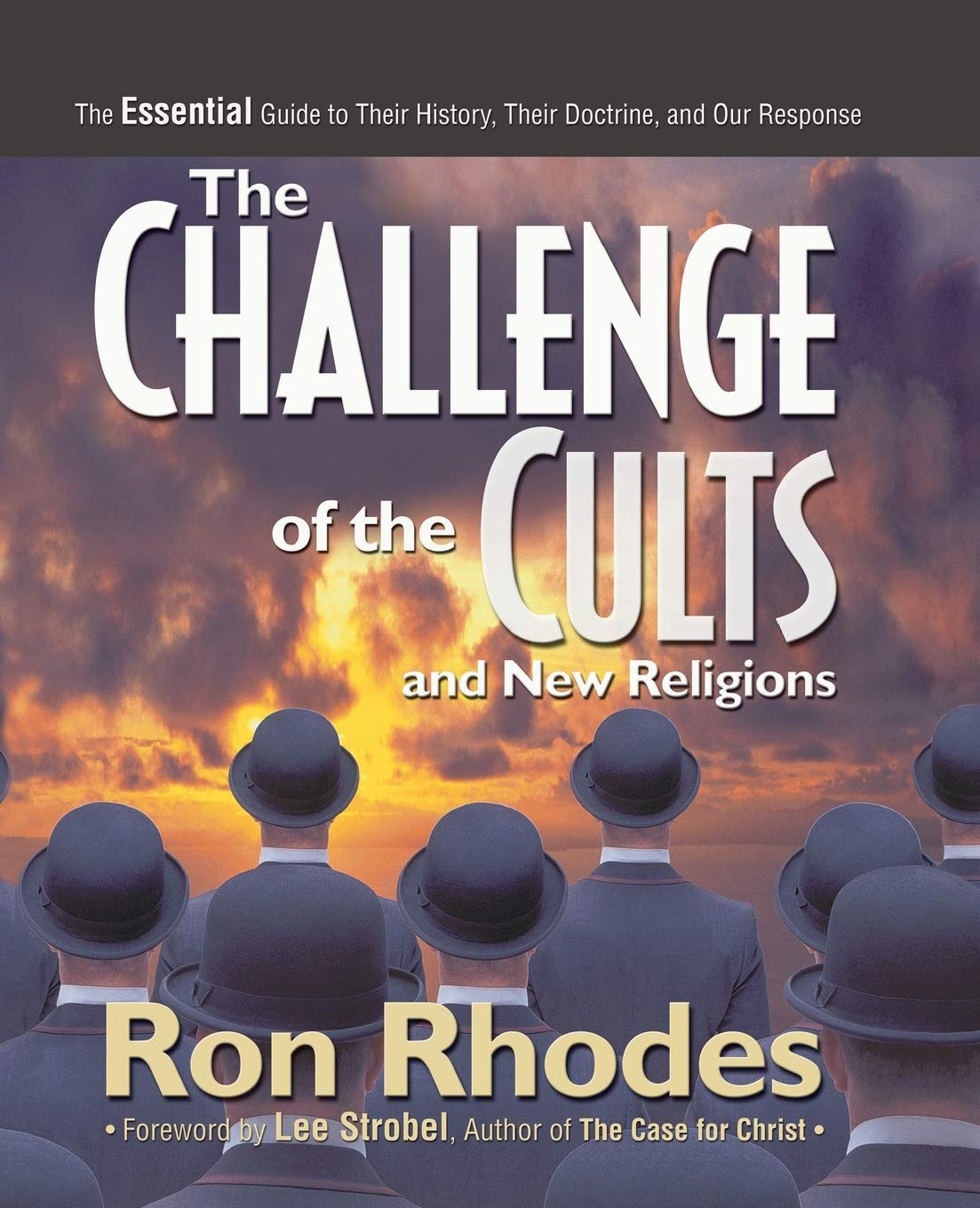 Buy it on Amazon