Kay Meyer is the founder and president of Family Shield Ministries and host of the Family Shield radio program and podcast. She is a popular author and speaker on prayer, family life, spiritual growth, and evangelism, and has authored articles, books, and other Christian publications including: Witnessing--A Lifestyle (FSM 2008), Balance-Christ Filled Living (LWML, 2017), Mission Field on Our Doorstep: Jehovah's Witnesses (FSM 2019), Portals of Prayer, Teacher's Interaction, My Devotions, Life in the Sandwich Generation (CPH, 1994), Teaching Your Children Christian Values (CPH, 1995), Concordia Pulpit Children's Devotions, and The Adventures of Billie and Annie: Baby Bison (TLM Publishing, 2003). Meyer has an undergraduate degree in early childhood and elementary education and a Masters of Arts in Media Communications from Webster University, St. Louis, Missouri. She has been married to Tjaden Meyer for over 45 years. They have three grown children and three grandchildren. Their two sons are now with the Lord. The Meyer's are members of Concordia Lutheran Church in Kirkwood, Missouri. Meyer was featured in Cambridge Who's Who. To reach Meyer, go to witnesstofamily@gmail.com. 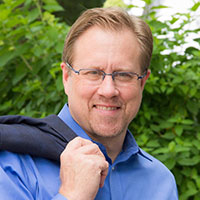 Mark was elected as chairman of Family Shield Ministries on February 13, 2020.

Mark’s experience in ministry includes having been on staff with Lutheran Hour Ministries, the Kansas District as Mission and Stewardship Executive, and 17 years as parish pastor with two congregations. He has served on the Board of Directors for Storying Discipleship Ministries and Transforming Campus Ministries.

Mark is married to his wife, Leigh. They are blessed to be the parents of their adult children, Aaron and Hannah. With a heart for those who don’t yet know Jesus, Mark and Leigh invest in their neighborhood activities with Bible Storying and helping people to identify their God-given purposes and passions for living, loving and serving their neighbors for Christ.

Wayne Hamit currently serves as the Senior Agent in charge of Hostage Recovery for Ronin Consultants. Wayne is a graduate of Concordia Seminary, Fort Wayne, Indiana. He is the founder of Mountain Movers International, a faith-based charity that rescues those that need to be rescued. He is a decorated US Naval Officer that served worldwide with the Navy and Marine Corps. He has worked for a number of Fortune 500 technology firms in business development and management. He currently also volunteers as a reserve police officer. Hamit is a credentialed consultant to the United Nations Economic and Social Development Council. He has developed a vast network of NGOs and business connections worldwide, with special emphasis on under-developed and unstable nations. He is married, a grandpa, and lives in Texas. 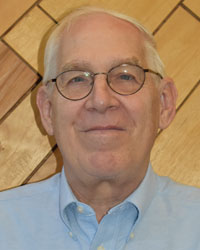 Curtiss is retired from Lutheran Hour Ministries where he was the chief financial officer, a position he has held since December 2007. He also served as treasurer of The Lutheran Hour Ministries Foundation. Prior to joining Lutheran Hour Ministries in March 1990, Wittbracht was a manager of securities and real estate accounting at General American Life Insurance Company in St. Louis, Missouri. He was also an internal control administrator at General American Life and a senior financial analyst at Horace Mann Educators Corporation in Springfield, Illinois. Wittbracht earned a C.P.A. certificate from the state of Illinois in 1975 and a bachelor's degree in Accounting from Southern Illinois University in Carbondale, Illinois. He was presented a Master FLMI Certificate from Life Office Management Association and has served as president of the St. Louis chapter of the Insurance Accounting & Systems Association. His area of expertise is nonprofit financial management and taxation. He has also served as president of the St. Louis Civil War Roundtable. Wittbracht and his wife, Linda, reside in Waterloo, Illinois, and they attend Immanual Lutheran Church in Waterlook. They have six grandchildren. 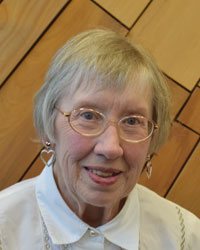 Ruth has been an active volunteer with many non-profit organizations including LWML and Family Shield. She is currently a zone president for LWML and serves on the Board of Directors of Family Shield Ministries. She is a widow with three grown children and is a member of St. John's Lutheran Church in Arnold, Missouri.

FORMER BOARD MEMBERS AND/OR ADVISERS 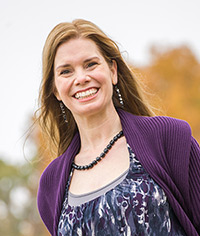 Mrs. Jander is a Licensed Professional Counselor, specializing in Marriage and Relationship Therapy. Her Master of Arts in Professional Counseling degree is from Concordia University, Chicago. She has provided individual and group therapy in Chicago, IL, Houston, TX, and Austin, TX. She has served as a Director of Christian Education (DCE) in Oklahoma, Ohio, Indiana, and Illinois. She continues to write and facilitate Bible studies and workshops on issues relevant to the integration of Scripture and psychology. She home schooled her children through May of 2019. She and her husband, David Jander, live in Chaska, MN where David serves as the transferable vicar at Trinity Lutheran Church in Carver, MN. They have three children, Seth, Elizabeth, and Luke. 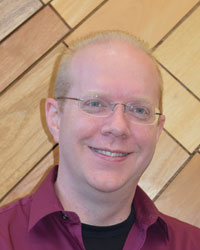 Rev. Alex Schrader completed his pastoral degree in May of 2019. He is currently working on his doctoral degree at Concordia Seminary in St. Louis. Before beginning his graduate studies toward a Master of Divinity (MDiv) degree, he spent over 18 years in the information technology field. Prior roles have included webmaster for The Lutheran Church Missouri Synod as well as consulting work for a variety of companies including American Express Incentive Services, AT&T, Ralston Purina, MasterCard, Centrene, among others. Schrader has a Bachelor of Arts in Music from Concordia University Ann Arbor. Schrader was involved with the starting of Christ in the City Crave Coffee House, an LCMS plant church on the campus of St. Louis University. He serves on the music team of his home church, Concordia Lutheran Church Kirkwood and also participates in various music ensembles in the St.Louis area, providing support on lead guitar, bass guitar, euphonium, trombone, and vocals. Schrader lives in Clayton, MO, on the campus of Concordia Seminary with his wife, Vicki, who works for Lutheran Hour Ministries. They have three children, Sophia, Erik, 1 and Leo.

Rev. Sonnenberg holds a Master of Divinity degree from Concordia Seminary in St. Louis, Missouri, as well as a masters degree in psychotherapy from the American Institute of Family Relations in Los Angeles, California. He  retired as pastor of Our Savior Lutheran in Arcadia, California in 2015, served as a part time professor in the graduate marriage and family program at Concordia University at Seward, Nebraska, and lectured and did seminars throughout the United States on sexuality, marriage and family relations. He served as 1st Vice President of the Pacific Northwest District, as well as chairman of the Board of Directors. He serves as chairman of Family Shield in St. Louis, Missouri. He has authored many articles, studies, and books, including Parenting with Purpose, and Parenting with Values, (two video-based parenting programs), 501 Ways to Love Your Wife and Children, 501 ways to Love Your Grandkids and Their Parents, Human Sexuality, A Christian Perspective (CPH, St. Louis, MO.), and Advent and Lenten Worship Services (2008, 2009 Creative Communications, St. Louis, MO). He writes regularly for magazines and publications throughout the United States.  He and his wife Robin have been married for 30 years and have one son, Jacob.

Dr. Jones has served as pastor of St. Paul Ev. Lutheran Church in Raritan, NJ for the past 11 years. He had previously served for 32 years in academic, social and campus ministries, having met Kay Meyer when both were involved with Voelkerding Village. He also served as an Army Reserve chaplain, retiring in 2005 with the rank of Colonel. He is a hearing facilitator for the LCMS Dispute Resolution Process and also serves as Circuit Counselor for the Eastern Circuit of the SELC District. He writes quarterly opinion pieces for his local newspaper and continues to offer an editorial eye when requested. He holds a B.A. from Concordia Sr. College, an M.Div. and S.T.M. (New Testament) from Concordia, St. Louis, an M.A. (Classics) from Washington University, and an Ed.D. (Higher Education) from Texas Tech. He and wife Katherine have two adult sons.

Rev. Cares graduated from Wisconsin Lutheran Seminary in 1977. Since graduation he has served congregations in Colorado and Idaho. He authored the book, Speaking the Truth in Love to Mormons, and presently serves as founder and president of Truth in Love Ministry, an outreach ministry to Mormons.

Rev. Knapp has served Christ as a pastor in the Lutheran Church-Missouri Synod for 18 years. He has pastored congregations in Connecticut, St. Louis, and currently serves as pastor at First Lutheran Church and school in Holyoke, Massachusetts. He has been there for 13 years. In addition to parish ministry, Pastor Knapp has served the New England District as a vice-president for the last four years. Prior to that he was a member of the Board of Regents at Concordia, Bronxville, NY. He has been a member of the Holyoke Hospital ethics committee for five years and has served as an adjunct professor at Springfield college in the area of marriage and family therapy. Pastor Knapp has received training as an LCMS Reconciler using the Peacemaker model of Biblical resolution. He has served as a consultant to both LCMS and ELCA congregations struggling with conflict and has taught Biblical conflict resolution skills at confirmation retreats, pastoral gatherings, LWML zone rallies, congregational meetings and in counseling settings. Pastor Knapp and his wife Gayle have two grown children, Hannah and Aaron.

Rev. Dr. John Oberdeck, M.S., M.Div., Ph. D., is the Assistant Director of Lay Ministry for Concordia University, Mequon, Wisconsin. Prior to taking this position he was the Director of Continuing Education and Parish Services, and Associate Professor of Practical Theology at Concordia Seminary, St. Louis, MO. He received a Masters of Science in Education from the University of Wisconsin, Milwaukee, in 1976. In 1979 he graduated from Concordia Seminary, St. Louis. In 1989 Oberdeck accepted a call to Concordia Seminary as Director of Residential Field Education, a position he held until 1995, when he became Director of the Doctor of Ministry Program and Director of Continuing Education and Parish Services. In 1997 he left the Doctor of Ministry Program in order to devote time toward the completion of a Ph.D. in Educational Psychology from the University of MissouriColumbia. Professor Oberdeck is married to Virginia, a Lutheran teacher. They have: Andrew, Debbie, and Christy.

Dan Leeman’s career has spanned 30 years dedicated to estate planning as a lawyer and charitable estate advisor. He currently works for the American Bible Society as the Philanthropic Advisor and is a licensed attorney in Texas and Arkansas. Previous positions include being the President of Concordia Benefits Plan and working as the National Endowment Director for the Boys Scouts of American. Dan has three grown children and attends Concordia Lutheran Church in Kirkwood, Missouri.

Scroll back to top
We use cookies to ensure that we give you the best experience on our website. If you continue to use this site we will assume that you are happy with it.OkPrivacy policy